From P. D. James comes the seventh Adam Dalgliesh novel, set against the bleak fens of East Anglia. Death of An Expert Witness is a classic work of detective fiction, packed with forensic detail, intrigue and suspense.

When a young girl is found murdered in a field, the scientific examination of the remains is a routine job for the staff of Hoggatt’s forensic science laboratory. But nothing could have prepared them for the brutal death of one of their own. When the senior biologist is found dead in his laboratory, Commander Dalgliesh is called to East Anglia, where the murderer is lying in wait to strike again.

With a wealth of potential suspects and cautious forensic scientists quick to pass on the blame, Dalgliesh becomes embroiled in the complicated passions that lie hidden beneath the calm surface of the laboratory.

Death of An Expert Witness was adapted for television in 1983, starring Roy Marsden, Barry Foster and Ray Brooks. 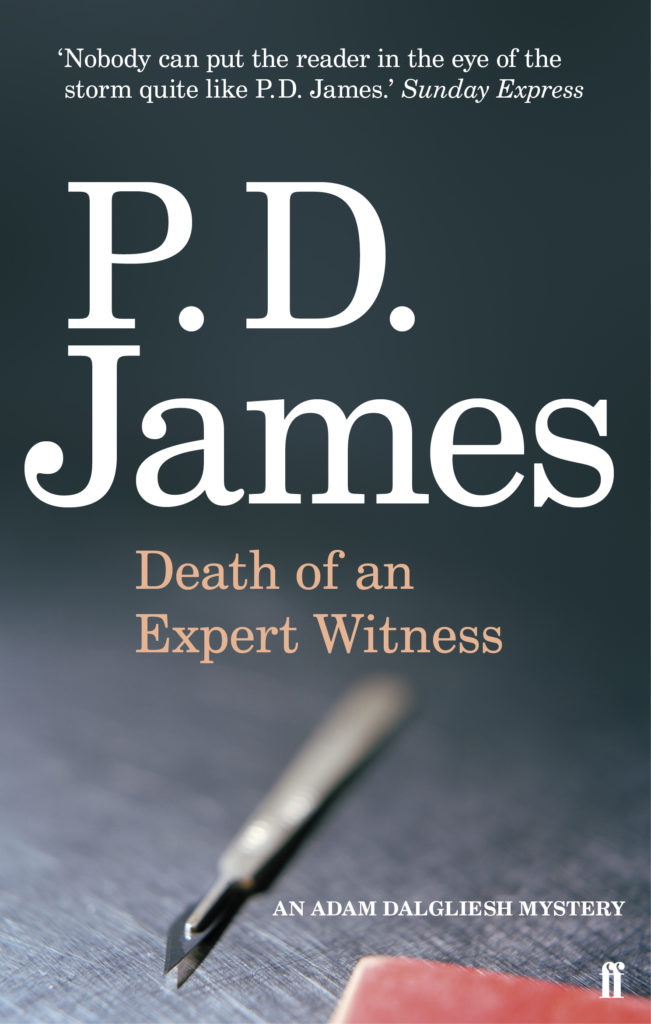