From P.D. James comes the tenth novel to feature Commander Adam Dalgliesh. A Certain Justice is a chilling murder mystery packed with forensic detail, set in the treacherous legal world of London.

Venetia Aldridge QC is a noted barrister. When she agrees to defend Garry Ashe, accused of the brutal murder of his aunt, it is one more opportunity to triumph in her distinguished career as a criminal lawyer. But just four weeks later, Miss Aldridge is found dead at her desk.

Commander Adam Dalgliesh, called in to investigate, finds motives for murder among the clients Venetia has defended, her professional colleagues, her family – even her lover. As Dalgliesh narrows the field of suspects, a second brutal murder draws them into greater complexities of intrigue and evil.

A Certain Justice was adapted for television in 1988, starring Roy Marsden, Ricci Harnett and Britta Smith. 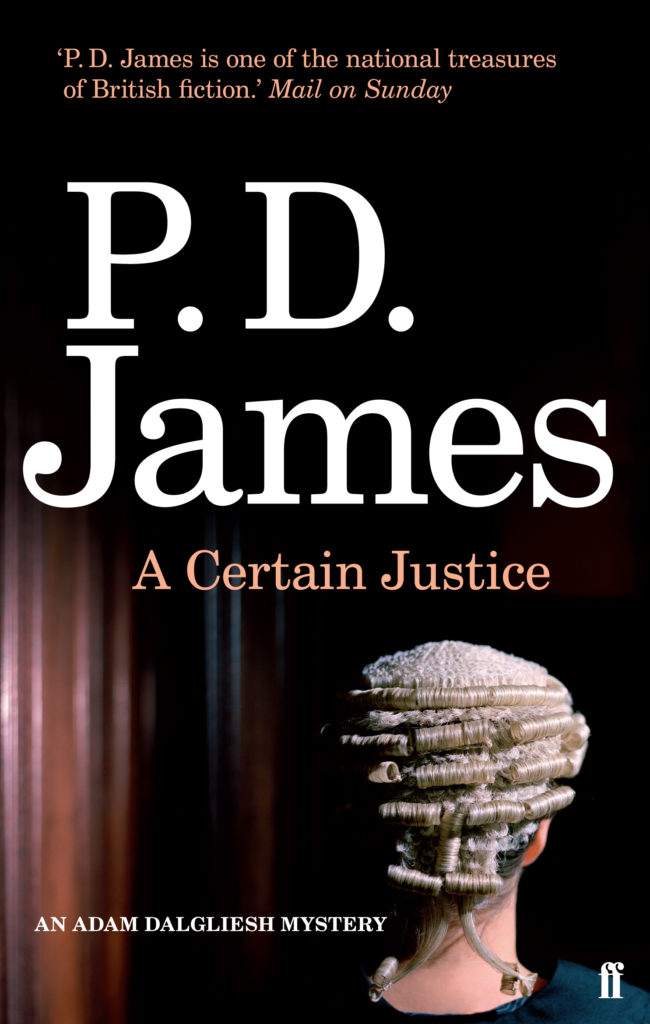